Commuting to London is becoming a more logistically viable option for many professionals working within the city and this may be influencing the surrounding areas. The prime residential market around the capital is showing signs of stabilising after commuter hotspots recorded their first quarterly growth since March 2012. Based on industry data, a price increase of 0.5% was seen over the fourth quarter of 2012 in the inner commuter zone, the first sign of a recovery extending beyond the M25. Such commuter hotspots to benefit included Chelmsford and Shenfield in Essex and Sevenoaks and Tunbridge Wells in Kent.

But in the property market what is the ripple effect? The nation, albeit sometimes reluctantly, looks to London for its lead in so many areas of our lives and property is certainly one of them. What happens in London influences what might happen in the rest of the country and in this context buyers taking equity out of London have traditionally fuelled house price growth in prime regional markets.

And what are the reasons behind this ripple effect? Young single professionals often start their working lives living in London where they have demanding careers and can be close to their places of work. As their careers and lifestyles mature, the lure of an out-of-town life becomes more appealing whether it’s the result of a growing family, the appeal of seeing your money go further, schooling or, for some, the ability to park with ease.

So the movement of buyers and sellers between London and its neighbouring counties looks like it has re-established itself, with regional homes offering better value for money over their contemporaries in the capital. Furthermore, the high demand for residential homes in the capital may once again be positively influencing the property market in nearby areas – which have become more accessible and easily commutable. For example; only 28 minutes of travelling gets you from Shenfield into London Liverpool Street, and a similar journey time can be experienced from Sevenoaks to London’s Charing Cross with a commute of 32 minutes. Not bad for an out of town life!

Such towns have also come top of a recent poll, again by a leading national sales agent, which ranked the locations where the most residents travel to work by train. Brentwood came out on top with 24.4% with Sevenoaks not too far off at 20.3%. This again highlights the attractiveness of both areas and their impressive transport facilities to commuters.

And it gets better with the same report forecasting the inner commuter zones and prime suburbs closer to London are to be the only prime markets to see a house price growth this year, with an expected rise of 1%. So it seems now if any is a good time to jump on board London’s ripple effect.

Tim Stranks is part of our team of property finders at Garrington, looking after his client’s property needs in Essex, Suffolk, Hertfordshire and Kent. 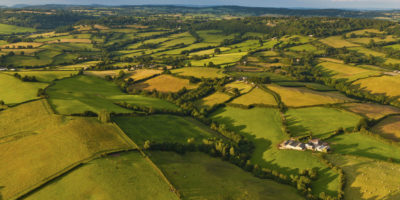 The appeal of historic market towns in the East of England